Rolling Stone Japan recently published the interview for Riho.
Below is the second half of English translation.

Also available the first part of the interview.

What is the reason why you decided to leave Gatoh Move that is a turning point of your growth?

Riho: Affected me directly was my AEW debut that realized in May ’19.
There have been 14 years from my debut despite my appearance.
I had various types of matches also in overseas.
But I was extremely stimulated by recognizing that there are still so many scenes I have never seen.
I don’t know how many years my life as a professional wrestler will continue, but I should experience those new worlds until then.

Even so, you needed taking much courage to leave Sakura who was like the mother in the industry?

Riho: I feel embarrassed to say from myself, but I knew that my popularity was a big part of Gatoh Move, so of course there was a hesitation.
Miss Sakura encouraged leaving the company, immediately after talking.

That’s a great point.
You might be an irreplaceable “daughter” for Sakura.

Riho: Thus I thought I couldn’t go beyond her while I was together.
If I was in the same company, I would follow up after all.
In that way, I could only be Sakura even if how hard I would work.
For outperforming Sakura, I should do it myself in the different place and based on her teachings.
She might be understanding it.

As a professional wrestler, have you ever remembered what you learned from Sakura?

Riho: That is “Don’t imitate others”.
There is a trend in professional wrestling maneuever, and popular maneuever spread quickly.
Sakura doesn’t like to incorporate the skills of others easily.
I still intend to keep my teaching faithfully that without relying on imitation, believing in your skills and polishing them carefully.
So winning AEW belt by Soumato was really happy.
Because the manuever I continued to polish has proven to be world-class.

You’ll be into the Intergender match on DDT Ryogoku Sumo Hall show.
This is a type of the match that you are good at?

Riho: That’s right.
I have been experienced many times in Gatoh Move.
There are few people also in pro wrestling fans who watched mixed match, and people tend to think that’s queer.
But mixed match in Japanese pro wrestling is very high quality and, in my opinion, we can be proud of that in the world.

Riho: When I did mixed match with Kenny at Taiwan in last summer fans were very surprised and said “Was there that type of match!”.
At upcoming Ryogoku Sumo hall, the fans’ attention is due to Kenny, who became an AEW superstar.
But I want them to enjoy the mixed matches.
On top of that, I want to appeal fans who Riho is.

Are you also aware of being an AEW representative when you work with Kenny?

Riho: I don’t have that idea at all. Because AEW has more amazing players than I. [laugh]
I just got a freelance, so now I’m just trying to fight for myself.

What is your future destination?

Riho: As mentioned previously, I don’t know how many years to continue, so I want to experience as much of the world I have never seen before.
Participating in Stardom, an company that I never had touch with, is a part of ideas.

Do you think whether you would consider about retiring again in the future?

Riho: If that time comes, it would be when I could say everything is done.
I have no idea what will make me such state for now.

At least crowning AEW’s belt is not “everything”?

Riho: Sure, that’s not the goal.
After conversations, I think the reason of continuing to wrestle today may be to find what I feel “complete” in my life. 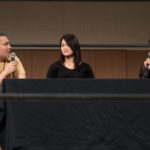 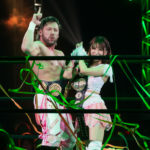 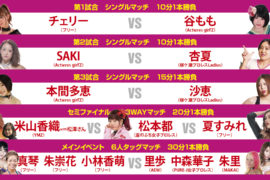 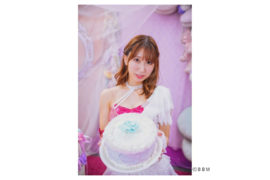 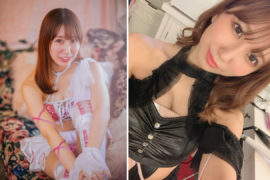